LENOIR, NC — A Silver Alert has been issued for 74-year-old Dwight Reginald Laughter. He is believed to be suffering from dementia or some other cognitive impairment, officials say. 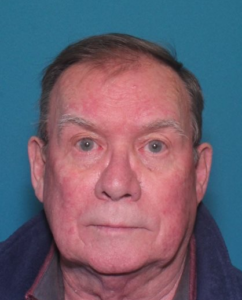 Lenoir Police say Laughter was last seen on Hickory Boulevard and may be traveling to Bryan County, Georgia.

He is described as a white male, 6 feet 1 inch tall, 211 pounds, with grey hair and green eyes. Laughter may be driving a white 2016 Toyota Prius with NC license plate number BMF-7862.

Anyone with information on his whereabouts is asked to call Lenoir Police at 828-757-2100.