The York County Sheriff’s Office says Madison Knauff has been found and is safe.

No other details have been released regarding her disappearance. 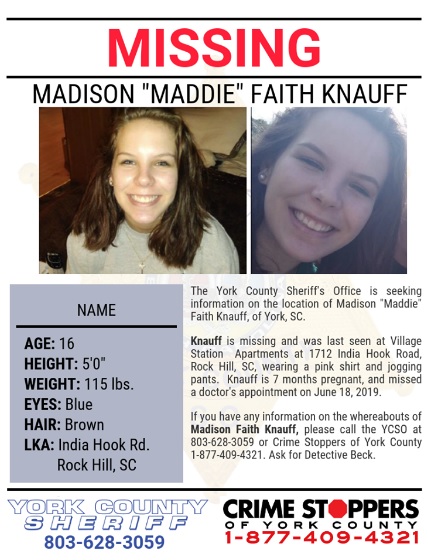 Knauff was last seen wearing a pink shirt and jogging pants. She is seven months pregnant and missed a scheduled doctors appointment on June 18th.

Anyone with information on the whereabouts of Knauff, is asked to call the York County Sheriff’s Office at 803-628-3059 and ask for Detective Beck.