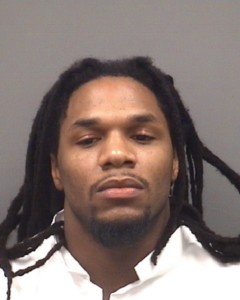 Joshua Byrd was taken into custody on Monday in Greensboro. The Rowan County Sheriff’s Office says Byrd was arrested as part of an investigation that spanned nearly 14 months.

Authorities say he is currently being held on a $500,000 bond at the Guilford County Detention Center, and will be referred to Federal Authorities for Federal prosecution.

Investigators say Byrd has an extensive violent criminal history and is a known gang member.

The Snark Report: Before the 90 Days, Going to the Movies and Man Marries Cat