Charlotte rapper DaBaby will not serve jail time after being convicted on the charge of carrying a concealed weapon in a case where a man was shot and killed inside a Huntersville Walmart in November 2018. 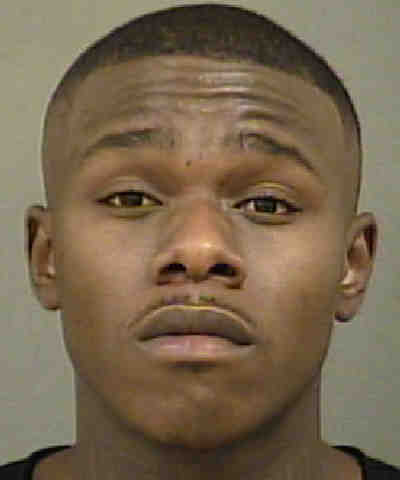 Jalyn Craig, 19, was shot and killed inside the Walmart on Bryton Town Center Drive.  Huntersville Police say an altercation occurred inside Walmart and at some point shots were fired.  Craig was shot in the abdomen, according to police.  He died at the scene.

DaBaby never said who pulled the trigger.  No one has been charged for the actual shooting of Craig.

Police have identified the teen who was shot and killed inside a Huntersville Walmart.  Investigators with the Huntersville Police Department say Jalyn Craig, 19, of Charlotte was fatally wounded in the shooting.

Officers were called to the Walmart on Bryton Town Center Drive just after 6:30pm in reference to gun shots being fired inside the store, according to a news release.

Police say an officer was in the parking lot when the incident occurred and heard two to three gun shots.  That officer immediately entered Walmart and came in contact with several individuals involved in the incident, according to police.

During the investigation that followed, Huntersville Police learned an altercation occurred inside Walmart between several subjects. During the incident, the subjects began to fight and gun shots were fired.  Craig suffered a gunshot wound to the abdomen, according to a news release.  He died at the scene.

At this time, the Huntersville Police Department has identified all parties involved and are consulting with the District Attorney’s Office to see if charges will be filed.

This investigation is still ongoing. Anyone with information concerning this crime, should contact Lieutenant Sean Freeston at 704-464-5400.

HUNTERSVILLE, NC — An investigation is underway after a person was fatally shot inside a Walmart Monday night.

Chief says an officer was in the WalMart, heard the shots. Do have a person of interest in custody. @WCCBCharlotte pic.twitter.com/ZgiIZlJmCj

Huntersville Police say the shooting happened shortly after 6pm in the produce aisle of the Walmart on Bryton Town Center Drive. An on-duty officer reportedly heard the gunshot while doing a “beat check” inside the store and responded.

A male victim was located and pronounced dead, officials say.

Police say the shooter is in custody. Investigators are still questioning witnesses to determine what may have led to the shooting.

Here at shooting at Huntersville WalMart on Statesville Ave. Spoke to people who heard the gunshots. Chief of Police says shooter in custody. One dead. Shooting happened inside store. @WCCBCharlotte pic.twitter.com/3CC4rzmn88