CHARLOTTE, N.C. — CMPD has arrested and charged the man accused of stabbing a woman to death in northeast Charlotte on July 2nd. 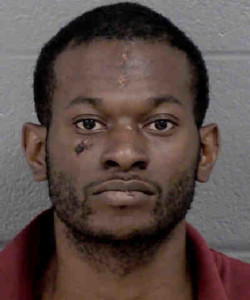 Isaih Henderson III was arrested Thursday after turning himself in to police headquarters. He is accused of killing his girlfriend, 35-year-old Aliyah Sakinah Terry.

Police say officers responded to a call at about 1:55 a.m. on July 2nd at a home on Gold Pan Road off Plaza Road Extension. Terry was found with a stab wound, police say, and transported by Medic to the hospital where she was pronounced dead.

Investigators say officers had responded to the same location for a domestic dispute just hours before the murder between Terry and her live-in boyfriend, identified as Henderson. That incident occurred at 9:57 p.m. on July 1st, but officers say they determined no crime had occurred at that time.

Anyone with information about this incident is asked to call 704-432-TIPS and speak directly to a Homicide Unit Detective.  Detective Martin is the lead detective assigned to the case.  The public can also call Crime Stoppers at 704-334-1600.

Edge On The Clock: Glimpse At What Live Music Events Could Look Like In U.S.

Time May Already Be Up For TikTok, Regardless Of Threat Of Ban