CHARLOTTE, N.C. — The Carolina Hurricanes today announced that they have promoted Ryan Warsofsky to be head coach of the Charlotte Checkers. Warsofsky, who spent last season as an assistant coach on the Checkers’ Calder Cup championship team, becomes the fifth head coach in the team’s 10-season AHL history. 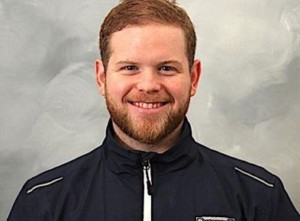 In his lone season with the Checkers, Warsofsky led a penalty-killing unit that improved from 24th in the AHL in 2017-18 (81.2 percent) to a league-best 86.6 percent last season. He also led a defensive corps that ranked second in the league with an average of 2.49 goals allowed per game. The team posted a franchise-best 51-17-8 record during the regular season, capturing the Macgregor Kilpatrick Trophy as the league’s regular-season champions prior to its Calder Cup run.

Warsofsky has two previous seasons of head coaching experience with the ECHL’s South Carolina Stingrays, where he posted a record of 88-44-12 from 2016-18 and became the second-youngest coach in league history to lead a team to the finals in 2017. He also served as an assistant coach with the Stingrays for three seasons, during which time the Stingrays led the ECHL in penalty killing twice and won a league-record 23 consecutive games in 2014-15. Prior to joining the Stingrays, he spent one season as an assistant coach with Curry College in 2012-13.

As a player, Warsofsky, whose brother David will play in the Pittsburgh Penguins organization next season, appeared in 71 NCAA games over four years at Sacred Heart and Curry College, posting 47 points (13g, 34a) from the blue line. He then played one season of professional hockey in 2011-12, making appearances in Belgium, the CHL and the FHL.