Suspect Charged With Robbing Man At Gunpoint In Southeast Charlotte

CHARLOTTE, NC — Detectives have charged a man they say robbed a person at gunpoint in southeast Charlotte on Monday. 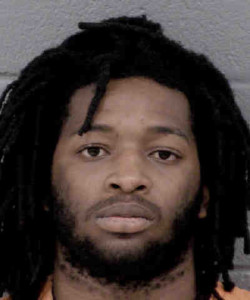 The crime happened on Wallace Road near East Independence Boulevard. Police say Kvashay Turner was driving a gray Toyota Camry with a missing front bumper when he approached the victim walking along the road.

Turner reportedly robbed the victim at gunpoint and then took off.

Police say they located the vehicle on Tuesday and issued warrants for Turner’s arrest. He was taken into custody a short time later and charged with Armed Robbery and Conspiracy to Commit Armed Robbery.

Anyone with additional information is asked to call Crime Stoppers at 704-334-1600.