Police say Adam Mercado was arrested Tuesday during a traffic stop in the Freedom Division.

Mercado, according to CMPD, has faced roughly 50 criminal charges within the last four years in North Carolina. Previous charges include breaking or entering with the intent to terrorize, first degree burglary, possession of a firearm by a convicted felon and drug related charges.

CMPD says Mercado cut off his electronic monitor on May 15th, which he was issued while awaiting trial for several charges including a felony gun charge.

CHARLOTTE, NC — Police are trying to find Adam Mercado, who is accused of cutting off his electronic monitor on Wednesday. 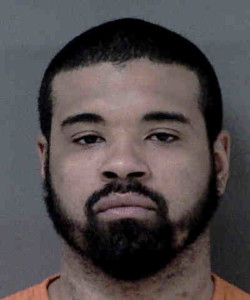 Mercado, 28, is wanted on several charges, including Possession of a Firearm by Felon, Breaking and Entering to Terrorize, Damage to Property and Interfering with an Electronic Monitoring Device.

CMPD says he cut off his electronic monitor in the area of Mulberry Church Road and I-85 in west Charlotte.

Anyone with information on Mercado’s whereabouts is asked to call 911.