The Charlotte Fire Investigation Task Force has conducted its investigation into the house explosion in Ballantyne.  CFD fire investigators have ruled the incident as accidental based upon the physical scene examination and known information gathered by the task force members, according to a news release.

Fire investigators determined the house was secured from the time the homeowners left and returned from their vacation.  Officials say a significant rise in natural gas use was identified for the residence beginning several days prior to July 2nd, indicating a leak occurring inside the structure.

Officials go on to say the residence was most likely saturated with natural gas which ignited within a few minutes of the homeowners entering the residence. However, fire investigators say they were not able to determine the specific cause or equipment involved in the leak.  They say they could not identify a specific ignition source either.

An outside investigation will continue through the insurance carriers and other specialty engineers who will conduct forensic testing and examination of the natural gas equipment from the home, according to a news release.  This process will likely take several months.

58-year-old Rania Karam was killed during the Ballantyne home explosion.  Her husband, Dr. Jebran Karam, was found about 60 feet away in a stairwell toward the rear of the house.

Dr. Karam reportedly called 911 from beneath the rubble of the home, and even mentioned an odor inside the house.

He was seriously injured and airlifted to the hospital with life-threatening injuries. There has been no update on his condition.

Read below for full details on the explosion.

CHARLOTTE, N.C. — During a news conference Wednesday afternoon, officials with the Charlotte Fire Department said the preliminary cause of Tuesday’s deadly home explosion appears to have been an interior gas leak.

Officials say the explosion was likely accidental, but did not release any further information on what may have sparked the explosion or how long the leak may have been active.

58-year-old Rania Karam was killed during the Ballantyne home explosion Tuesday afternoon. Crews found her in the downstairs area of the home seven hours after the explosion happened. 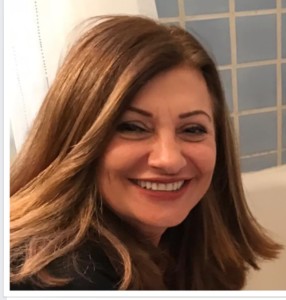 Officials say Karam’s husband, Dr. Jebran Karam, was found about 60 feet away in a stairwell toward the rear of the house.

Dr. Karam reportedly called 911 from beneath the rubble of the home, and even mentioned an odor inside the house.

He was seriously injured and airlifted to the hospital with life-threatening injuries. There has been no update on his condition.

Raleigh General Hospital, where Dr. Karam served as a physician, released the following statement on Wednesday:

“We were deeply saddened to hear about this incident. Our thoughts and prayers are with the Karam family during this difficult time. Dr. Jebran Karam is a tremendous cardiologist, physician and advocate for his patients. We wish him a full and fast recovery.”

WCCB’s Alexandra Elich spoke with the wife of a man treated by Dr. Karam, who describes him as a “caring cardiologist” with an amazing beside manner and who “loved his family and his patients.”

I briefly spoke with a woman who knows Dr. Karam. @WCCBCharlotte pic.twitter.com/0OvvxX31zg

Several nearby houses were also damaged in the explosion.  Two people that were in the neighboring homes were treated for non-life threatening injuries.

NOW: A home on James Jack Ln. in Ballantyne exploded a short time ago. We know medic is treating 2 people from homes nearby who were hurt but should be OK. We do not have status info on people who live in the home. Will update as we get it. This is video from neighbor >>> pic.twitter.com/5lEJhH6cIV

Reporters are staged at next door neighbor’s house on James Jack Lane in Ballantyne Country Club. Video starts w damage to their home, and pans to home explosion site. It is surreal and awful. pic.twitter.com/E8j2Fx8R7z

Nearby residents say they felt the explosion that flattened the house on James Jack Lane near the intersection of Jockeys Ridge Drive in Ballantyne.

One woman who was walking in the neighborhood tells WCCB she felt the explosion when it happened. See her interview below:

We spoke to a woman who witnessed the entire thing. @WCCBCharlotte pic.twitter.com/7CmiRyRdf7

“We are deeply saddened by the tragic loss of life. Our condolences and prayers are with those who are injured and who’ve lost a loved one.

Piedmont Natural Gas is committed to assisting and cooperating fully with the fire department and other agencies investigating this tragedy. The safety of this community continues to be our highest priority.

Residents are being urged to properly maintain any appliances that use natural gas, as those are not the responsibility of a utility company. Charlotte Fire officials say the interior gas leak that may have sparked Tuesday’s deadly explosion would be out of the scope of Piedmont Natural Gas to maintain, and it is up to homeowners to maintain those interior lines.

The Charlotte ATF says they have been called in to investigate the incident, along with the Charlotte Fire Department.

The estimated damage from the explosion is currently at around $5 million.

Neighbor who let us stage next door doesn’t want to talk on camera, but tells me he moved in 2.5 weeks ago.

His home sits up on a bank.

He has broken windows, and a damaged interior wall. His perspective is this: his family is fine. He has the means to fix his home. pic.twitter.com/7x3gmEraKg

This story is developing. Check back for updates.

8PM: Masters of Illusion "The Sound of Magic and the Intrusive Rope"