CHARLOTTE, N.C. — The CMPD has arrested a man wanted for his involvement in a violent armed robbery in southeast Charlotte.

According to police, on August 5th, 2019, CMPD officers responded to an armed robbery on Mintworth Avenue near Margaret Wallace Road.

A victim told police that he and his wife were sitting in a vehicle when four men approached, and robbed them at gunpoint.  One of the suspects hit the victim with a gun.

Two of the suspects took the victim’s vehicle and left the scene, and the other two suspects left in the vehicle they arrived in.

The victim’s vehicle was found a short time later by Matthews Police, on Treeside Lane.

Evidence collected during the investigation led to detectives identifying 18-year-old Brian Dashawn Smith as a suspect. 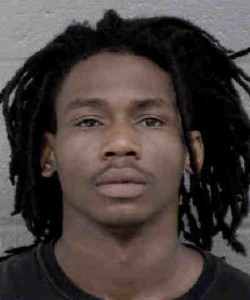 On August 6th, 2019, Smith was located and arrested without incident.

Smith was charged with two counts Robbery with a Dangerous Weapon and two counts of Conspiracy to Commit Armed Robbery, Assault with a Deadly Weapon and Possession of a Firearm by a Convicted Felon.

Anyone with additional information concerning this case or the suspect is asked to call Crime Stoppers at 704-334-1600.