CHARLOTTE, NC — CMPD says the customer who shot two suspects during an armed robbery Thursday morning, killing one, will not face charges.

The robbery happened just before four this morning at the 7-Eleven on Brookshire Boulevard at Lawton Road.

Police say two teenagers went inside the store, one armed with a gun, and robbed a customer before approaching the store clerk and demanding money from the register.

The customer, who was legally-carrying a concealed handgun, felt he was in danger after being robbed, police say, and shot the two suspects.

CMPD says the gunman, Qwanterrius Stafford, 16, died at the hospital.

The second suspect, 17-year-old Brenna Harris, left the scene but was located a few minutes later on Saratoga Drive with a gunshot wound. He was taken to the hospital with non-life threatening injuries and later released into police custody. 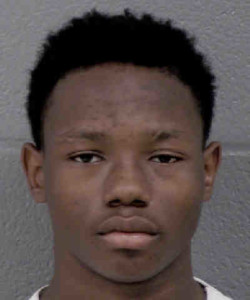 Harris has been charged with Attempted Robbery with a Dangerous Weapon, Conspiracy to Commit Armed Robbery, and Armed Robbery from a Person.