The man accused of shooting a 12-year-old child in east Charlotte on March 27, 2018 has been arrested. 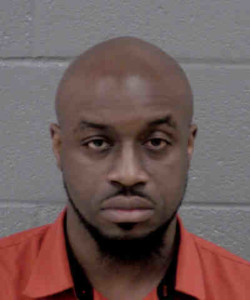 Stacey Coleman, 35, was arrested Friday without incident, police say. He has been charged with assault with a deadly weapon inflicting serious injury.

The two spoke with media Wednesday night about the experience and provided a brief update on the child.

WATCH LIVE: CMPD Officers Chad Henderson and Michael Summerlin speak about last night's shooting involving a 12-year-old boy in E. #CLT, and the steps they took to save his life. #WCCB #cltnews #cltcrime

CHARLOTTE, N.C. — Police say a 12-year-old boy was shot in arm while sitting inside an apartment in east Charlotte Tuesday evening.

The shooting happened just before 10pm on Eastcrest Drive.  Officers applied a tourniquet to the child who was then transported to a local hospital for treatment.

The initial investigation revealed that the boy was at home in a bedroom when he was shot.  Five other family members were inside the residence when the shooting happened.  No one else was injured.

The bullet was reportedly fired from outside the apartment when it entered and struck the boy.  Officers canvased the area for witnesses and attempted to determine a motive for the shooting.  At this time, it is not readily apparent if the apartment was deliberately shot into or was hit by accident, according to a news release.

Anyone with information on this shooting is asked to call Crime Stoppers at 704-334-1600.