IREDELL COUNTY, NC — A Troutman man was arrested Wednesday on multiple charges after deputies say he led them on a high speed chase with a child in the vehicle. 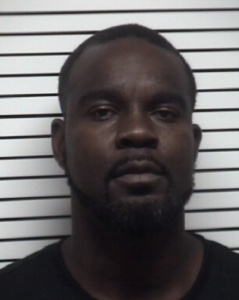 Iredell County Sheriff’s deputies began pursuing Shelby Fraley after he reportedly blew through a driver’s license checkpoint on Shiloh Road at a high rate of speed. Deputies say they pursued the vehicle for a brief time until they realized a small child was inside and backed off.

The vehicle was found abandoned on at the end of Clements Road a short time later.

Deputies reportedly setup a perimeter around the area where the vehicle was located and deployed a K-9 unit. Fraley eventually ran out of a wooded area while holding the child, deputies say, in an effort to avoid the dog.

He was taken into custody and charged with the following offenses:

The child was turned over to the mother, according to the ICSO, pending an investigation.