MORGANTON, N.C. — Just before 1:00 am Monday, authorities say a man, later identified as Andrew Michael Davis, 22, entered the Shop and Save at the corner of Pax Hill Rd and robbed the business with a handgun. 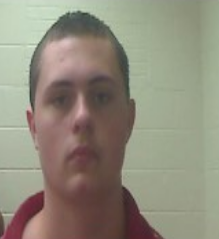 Reports say Davis asked the store clerk for a carton of cigarettes, took cash from the register, and left the store on foot walking toward Lenoir.

A customer in the store followed Davis in his vehicle then struck and injured him with the vehicle, according to deputies.

A Burke County Deputy responding to the robbery scene was reportedly made aware of a man laying in a ditch on Pax Hill Rd.

The deputy located the man, who was identified as Davis, along with a handgun, cash, a carton of cigarettes and a mask.

Davis has been charged with robbery with a dangerous weapon, larceny of a firearm and possession of a stolen firearm.  He is currently recovering from his injuries at a local hospital.