Join the WCCB Text Club by sending WCCBVIP to 31403 by 6 PM Thursday, August 15th, for your chance to win a digital copy of Marvel Studio’s “Avengers: Endgame.” Five winners will each receive a copy of the movie, redeemable online via Movies Anywhere. “Avengers: Endgame” is available on Digital in HD, 4K Ultra HD™ and Movies Anywhere and on 4K Ultra HD, Blu-ray™, DVD and On-Demand NOW.

Marvel Studios’ “Avengers: Endgame,” the climactic conclusion to an unprecedented, 11-year cinematic journey in which the Avengers take one final stand against Thanos, delivered the biggest opening weekend in history and is currently one of the highest-grossing films of all time. On July 30, Avengers fans around the world are invited to assemble once more for the in-home release of “Avengers: Endgame” on Digital in HD, 4K Ultra HD™ and Movies Anywhere, followed by a physical release on 4K Ultra HD, Blu-ray™, DVD and On-Demand beginning Aug. 13.

Fans who bring home “Avengers: Endgame” will gain hours of additional screen time with their favorite cast members and filmmakers who have shaped the Marvel Cinematic Universe (MCU). Bonus features include a tribute to the great Stan Lee; the tale of Robert Downey Jr.’s casting as Iron Man; the evolution of Captain America; Black Widow’s dramatic story arc; directors Anthony and Joe Russo’s experience at the helm of both “Avengers: Infinity War” and “Avengers: Endgame”; the making of an epic battle scene with the women of the MCU; the creation of Bro Thor; deleted scenes; a gag reel and more. 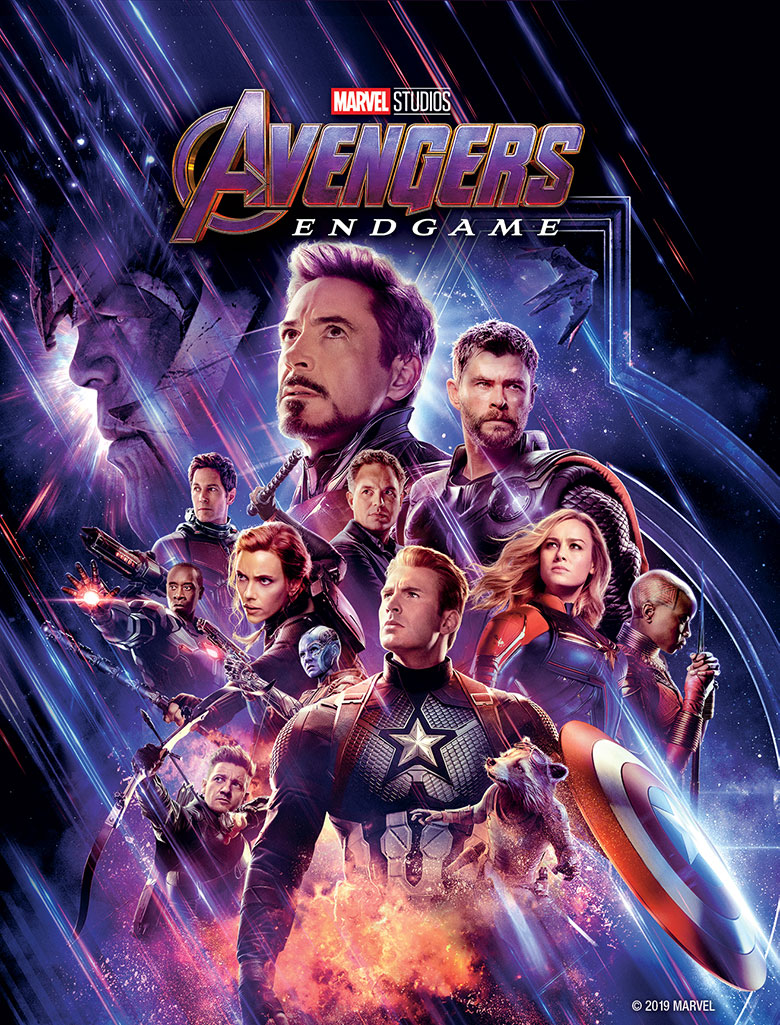 HOW TO WIN: No purchase necessary. Viewers must join the WCCB Text Club by 6 PM Thursday, August 15, 2019 by texting WCCBVIP to 31403. Between 6 PM and 7 PM the same day, the VIP text club will receive a code word to text back for a chance to win. Winners will be randomly selected at 9 PM and sent a confirmation text detailing how to claim the prize. No prizes will be mailed.

ELIGIBILITY: No purchase necessary. To win, you must be 18 years or older and a legal resident of North or South Carolina. No employee of Marvel Entertainment and their affiliated artists and promoters (“Sponsor”) or WCCB-TV (“Station”), their affiliated companies, his or her spouse, or immediate family members and/or those living in the same household of each shall be eligible to win. Immediate family members include, but are not necessarily limited to, parents, brothers, sisters, nieces, nephews, aunts, uncles, cousins, and grandparents. Employees, or relatives of employees, of any television or radio station in the Charlotte Nielsen DMA or Charlotte Arbitron ADI are not eligible to win. Additionally, Station reserves the right to disqualify any other person from participation in the Contest where such participation would, in the sole opinion of Station, compromise or give the appearance of compromising the integrity of the Contest. No person shall be eligible to win any contest conducted by the Station more than one time in any sixty-day period.

6) Winners will be notified by text no later than 10 PM on Thursday, August 15, 2019, with instructions on how to claim the prize. Winners must claim the prize by 5 PM on Friday, September 13, 2019, or the prize will be forfeited. No prizes will be mailed. Please don’t come to the station unless instructed to do so.