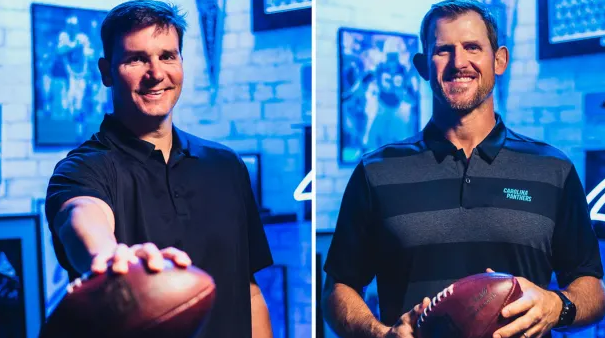 Delhomme, Carolina’s charismatic quarterback from 2003-09 who led the team to its first Super Bowl appearance (XXXVIII in the 2003 season), will work as an analyst for all of the regular season home games as well as road games at New Orleans (11/24) and Houston (9/29).

“Jake and Jordan are great storytellers who bring a wealth of knowledge about the game and the team,” Steven Drummond, Carolina Panthers vice president of communications and external affairs said. “We’re confident that Panthers fans will enjoy their candor and benefit from their great insight. We’re also happy to share that Eugene Robinson will bring his signature enthusiasm to the pregame and postgame shows and the team’s weekly Panther Talk coach’s show.”

Mick Mixon will return for his 15th season of regular season play-by-play, while Jim Szoke returns for his 25th season of color commentary. Szoke has broadcast every game the team has ever played. Robinson spent the previous 17 seasons as the team’s game analyst.