The Charlotte Hornets unveiled a new purple Classic Edition uniform on Tuesday that will be worn during the 2019-20 season, in association with Official Jersey Patch Partner LendingTree. Like the teal and white versions from the last two seasons, the uniform echoes the design worn by the original Charlotte Hornets. The 2019-20 season marks the 25th anniversary of the debut of the purple uniforms during the 1994-95 season. 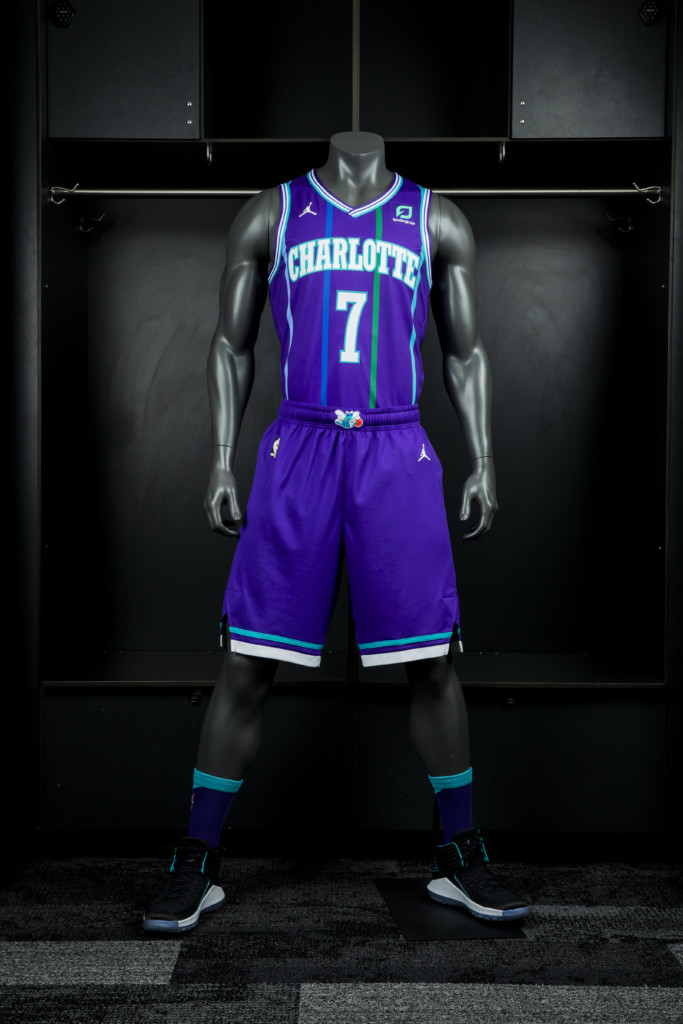 “After having had teal and white Classic Edition uniforms the last two seasons, it is only right that we complete the set with the purple one this year,” said Hornets President & Vice Chairman Fred Whitfield. “With this season being the 25th anniversary of the purple uniform’s introduction in 1994, this is the perfect time to bring back a Classic Edition version.”

Based on the uniform worn during the Hornets’ first decade, the purple Classic Edition jersey includes the familiar crossover v-neck and multi-colored pinstripes in light blue, royal blue, green and teal. The shorts feature the classic Hornets logo on the waist and the same white, purple and teal trim as the original.

The original purple uniform was worn during some of the most memorable seasons in franchise history. In 1994-95, the Hornets won 50 games for the first time and had two All-Stars in the same season for the only time ever with Larry Johnson and Alonzo Mourning. Two years later, the 1996-97 Hornets had the best season in team history, going 54-28 as Glen Rice set a multitude of franchise single-season records. Along with being named MVP of the NBA All-Star Game, Rice (Second Team) and Anthony Mason (Third Team) gave the Hornets multiple All-NBA selections in a season for the only time.

Like the rest of the team’s uniforms, the purple Classic Edition features the logos of Nike’s Jordan Brand on the right chest and partner LendingTree on the left chest. The Official Loan Shopping Partner of the Charlotte Hornets, LendingTree will have its logo on each of the team’s jerseys for the third consecutive season. As part of a robust sponsorship package, the company is also the entitlement partner for the Hornets App and the Hornets Hoops youth basketball program.

The purple Classic Edition jersey is expected to be available at retail after the start of the regular season.

Swarm365 Memberships and partial-season FANtasy Packs for the 2019-20 season are on sale now. Swarm365 Memberships start at $49 on average in the lower level and as low as $12 on average in the upper level, and members receive some of the best benefits in all of professional sports. The FANtasy Pack includes Opening Night and 22 additional games of the purchaser’s choice, along with playoff priority and interest-free payment plans. Hornets fans can get lower-lever tickets with this plan starting at $53 per game on average and upper-level tickets starting at $14 per game on average. For more information, call 704.HORNETS or visit hornets.com/tickets.