Pence Campaigns For Bishop On Eve Of 9th District Vote 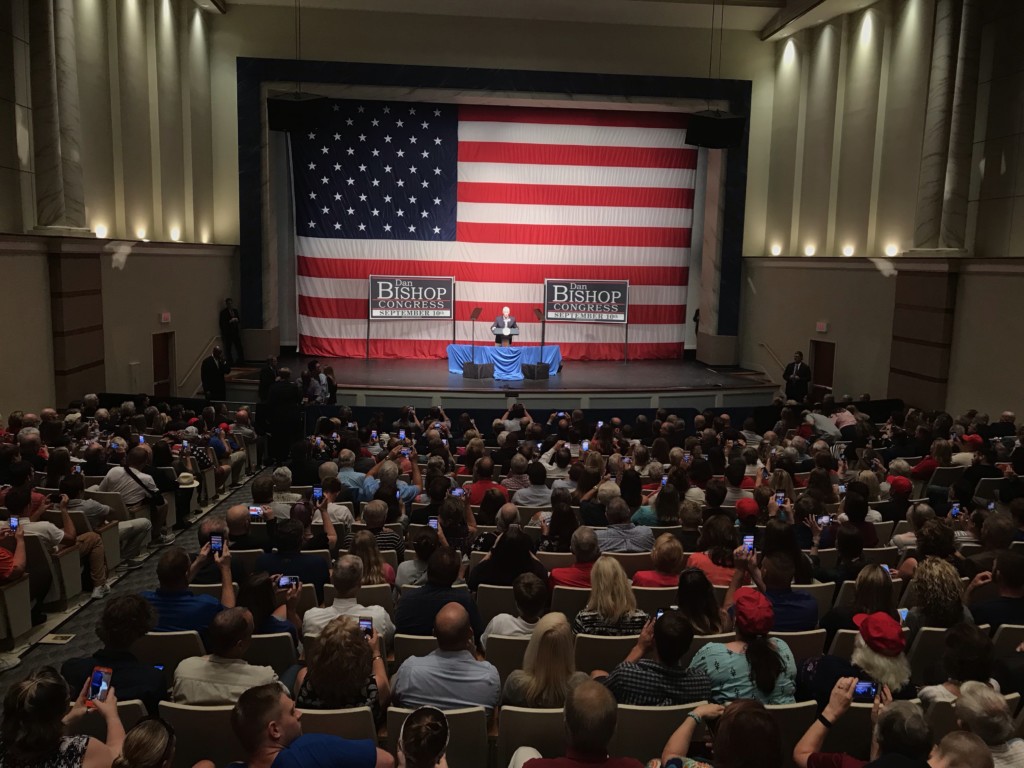 Appearing at Wingate University on Monday, Pence implored the audience to vote for Bishop to help bring a Republican majority back to the U.S. House.

Nearly two dozen students and faculty members appeared outside the rally, many carrying signs and chanting slogans. Part of their protest centered on the fact that classes were canceled at the school on Monday for the rally.

The campus is 30 miles southeast of Charlotte.