SALISBURY, NC — The Salisbury Police Department says one of its officers was arrested Friday evening on a domestic violence related charge. 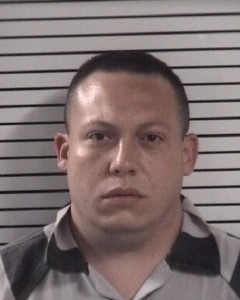 Officer Joseph N. Wilson was arrested by the Iredell County Sheriff’s Office, officials say, and charged with Assault on a Female, Domestic Violence.

Wilson has been placed on paid administrative leave. He has been with the department since 2011 and holds the rank of Master Police Officer, according to Salisbury Police.

Salisbury Police Department says they are fully cooperating with the investigation and the Iredell County Sheriff’s Office.

Edge On The Clock: Nintendo To Launch Pop-Up Lounges In Airports

Edge On The Clock: Woman Bathes In Hot Cheetos, Offers No Explanation