CMPD has charged the suspect accused of shooting a man in north Charlotte on August 27th, resulting in his death and a vehicle crash. 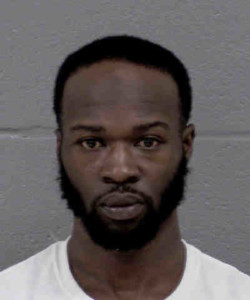 Antonio Meadows, 36, is charged with the murder of Kenny Ollemi.

According to CMPD, warrants were issued on Meadows Wednesday for Murder, Discharging a barreled weapon into occupied property inflicting serious injury, Firearm by convicted felon, Failure to remain at the scene of a crash when death or bodily injury occurs and Possession of drug paraphernalia.

Meadows was located and remains in the custody of the Union County Sheriff’s Office on unrelated charges.

This is an ongoing investigation. Check back for updates.

CHARLOTTE, N.C. — The CMPD is investigating after a man was found shot to death inside a crashed vehicle in north Charlotte.

Officers found 53-year-old Kenny Ollemi suffering from a gunshot wound inside vehicle that had crashed in a parking lot.  Authorities believe Ollemi was shot while he was driving.

Medic took Ollemi to the hospital, where he was later pronounced dead.

The CMPD has not identified a suspect.

Anyone with information about this incident is asked to call 704-432-TIPS and speak directly to a Homicide Unit Detective.  Detective Fitch is the lead detective assigned to the case.  The public can also call Crime Stoppers at 704-334-1600.