CABARRUS COUNTY, NC — A mother from Midland, North Carolina is facing charges after Cabarrus County deputies say she left her 1-year-old daughter in a hot car for over an hour on Thursday. 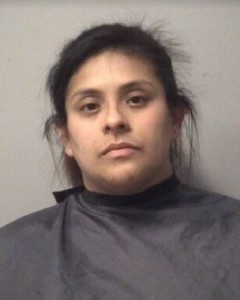 The incident was reported around 10:45am outside of the Cabarrus County Human Services Center on S. Cannon Boulevard in Kannapolis. According to deputies, a witness entering the center noticed an unattended baby crying in the back seat of a 2016 Ford Edge and alerted officials inside.

Just as authorities were about to break the window, officials say the mother, Jennifer Pohl, returned.

The baby girl was taken to Atrium Health Cabarrus where she was treated for heat exhaustion. Deputies say she is expected to make a full recovery.

Pohl, 29, reportedly left the baby in the car while assisting her father-in-law inside the building. Deputies say she was inside for roughly an hour and 15 minutes.

She is charged with Misdemeanor Child Abuse.