CHARLOTTE, NC — Police have charged one man accused of common law robbery Tuesday afternoon, but say a second suspect is still on the run.

The crime happened around 3:17pm at Botanica La Reyna on N. Tryon Street. Police say two suspects robbed the business and were confronted by an employee before they took off.

The employee reportedly grabbed one of the suspects and was pushed away. The victim was not injured, according to police. 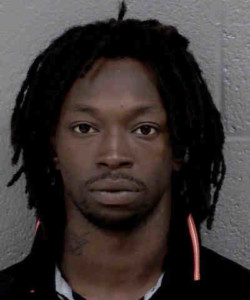 Keon Hunter, who was on electronic monitoring at the time of the crime, was quickly identified as one of the suspects. Investigators say the monitor placed Hunter at the scene.

Hunter was located at a nearby business, police say, and taken into custody.

The second suspect has not yet been identified, police say, but the investigation is ongoing.