CHARLOTTE, NC — CMPD says an ATV rider ignored the crossing gates and lights before being struck by a light rail train Monday night in south Charlotte. 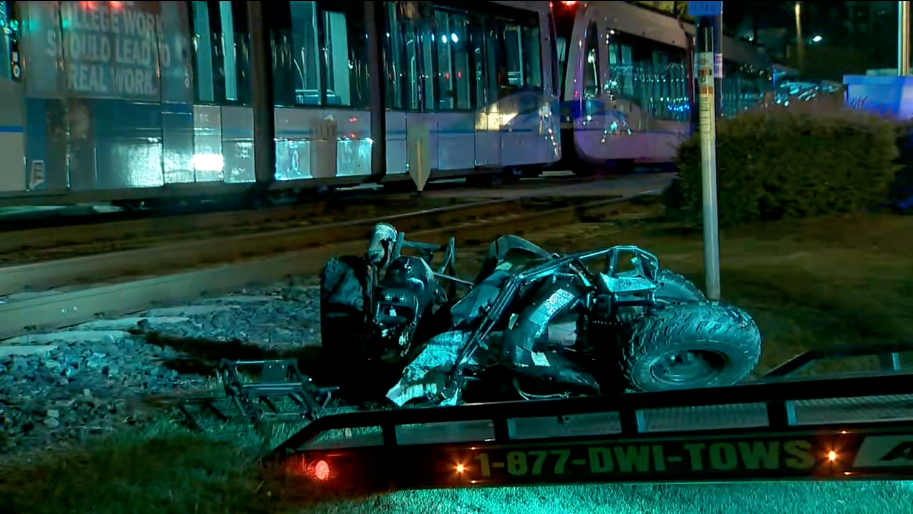 Medic says the rider was taken to the hospital with life threatening injuries.

The accident happened near the East/West Station on Camden Road in South End. According to CMPD, the ATV rider passed a stopped vehicle and ignored the traffic control gates and lights.

The rider crossed into the path of the train and was struck. Police say the rider was not wearing a helmet, and speed and alcohol are not considered factors in the collision.

The ATV rider will face charges, CMPD says, once they are released from the hospital.

LYNX Blue Line services were disrupted Monday night due to the accident. Passengers were bused around the accident using the Carson and New Bern stations.

LYNX Blue Line service is modified at this time due to a train making contact with a private passenger vehicle near East/West Station. Bus bridge between Carson & New Bern stations. Expect delays. @unccNextRide

Services returned to normal around 11pm.