BURKE COUNTY, NC — Sheriff’s deputies have arrested a man they say stole a woman’s vehicle at gunpoint on September 10th.

The incident was reported at a home on Blue Ridge Ventures in Morganton. The victim says Jason Hill, 33, robbed her of her vehicle and other personal property after pointing a gun. 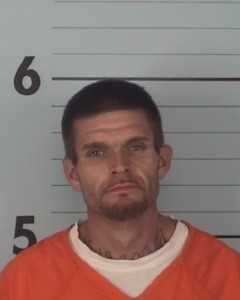 Hill was located the next day when deputies say they spotted a suspicious man on foot near Kelly’s Quick Stop on NC Highway 18 at George Hildebran School Road. Deputies say he initially gave a fake name, but was quickly identified as the suspect.

He is charged with Common Law Robbery and Possession of a Schedule II Substance, Methamphetamine.