Taylorsville Man Charged With Assaulting Deputy Over The Weekend

TAYLORSVILLE, NC — A 47-year-old Alexander County man is facing charges after authorities say he assaulted a deputy with his vehicle Sunday evening. 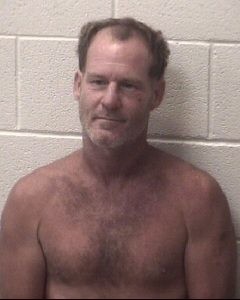 The incident happened around 6pm at a home on Three Forks Church Road during a 911 hang-up call investigation. Deputies say the suspect, Tommie Lee Varner, had been involved in an altercation with a woman when the call was placed.

Officials say Varner was sitting in his vehicle when he decided to ram into one of the responding deputies’ patrol cars. Varner reportedly caused damage to the vehicle and then refused to follow commands.

Varner was arrested and charged with Felony Assault with a Deadly Weapon on a Law Enforcement Officer (Vehicle), Assault on a Female, Vandalism-Damage to Personal Property, and Resisting Arrest.