Terry Moore, 45, of Raleigh, was sentenced to a minimum 941 months in prison, maximum 1,203 months, after being found guilty on charges related to a deadly May 2017 shooting in Lincoln County.

Vickie Currence was convicted in March 2019 and is currently serving a six year-two month sentence. She was found guilty of aiding and abetting armed robbery.

Deputies have arrested Terry Moore, 43, and Vickie Currence, 52, in connection to a fatal shootout on May 6.

Both suspects were arrested on Monday, according to reports. Officials say detectives with the Lincoln County Sheriff’s Office, along with local law enforcement, arrested Moore in Raleigh and Currence in Gastonia.

Officials say the investigation is ongoing and additional charges could be filed.

UPDATE:  The deceased has been identified as 51-year-old Marion Palmer Yarborough. 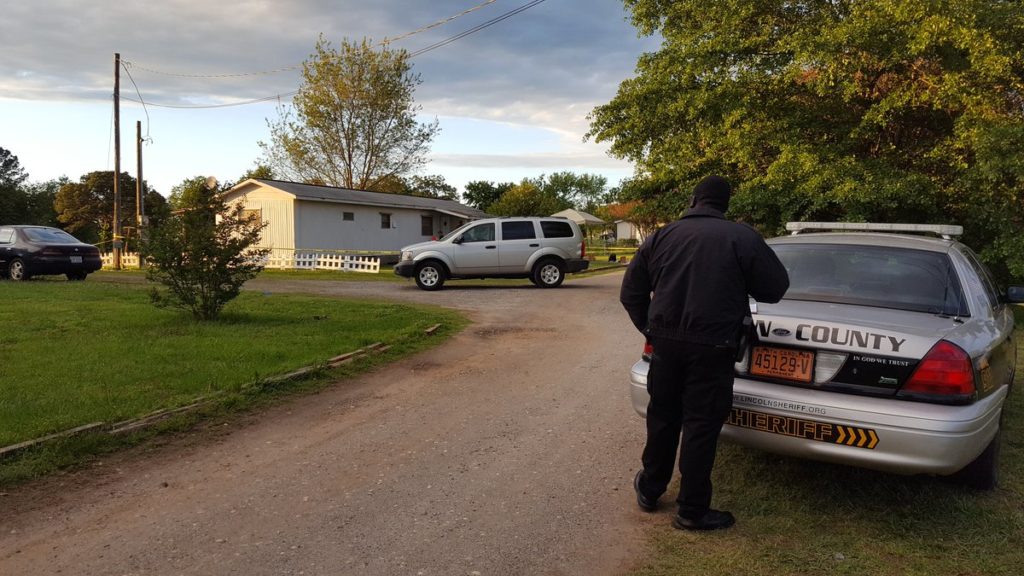 According to Lincoln County Investigators, two men came to the residence on Painter Lane attempting to sell firearms stolen from Gastonia.

During an argument inside the residence, the men placed a person on the floor at gunpoint.  A female resident heard the argument and came out of a back bedroom and fired a handgun at the men.

A black female and black male fled the scene in a vehicle.

Authorities say no charges will be filed at this time, as the the shooting appears to be self defense.

LINCOLN COUNTY, N.C. — One person is dead following a shooting outside a Lincoln County home.

According to the Lincoln County Sheriff’s Office, “a shootout between a group of people” occurred on Painter Lane,  just before 2:45 p.m., on Saturday.

Witnesses said they heard “a number of shots” near a residence, and responding officers found one deceased victim lying in the front yard of the home.

The name of the victim has not been released.

The case is currently under investigation.