The Union County Sheriff’s Office has charged a 17-year-old with stabbing a 13-year-old on September 12th. 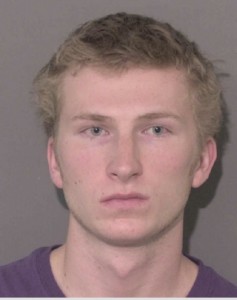 Rider Walther, of Waxhaw, is charged with Assault with a Deadly Weapon with Intent to Kill Inflicting Serious Injury. Officials say Walther faces additional charges for Injury to Real Property and Injury to Personal Property in connection to graffiti found on the Weddington Chase running trail, Marvin Ridge High School, and several other locations.

UNION COUNTY, N.C. — Authorities are searching for the suspect who stabbed a teen on a Union County walking trail Thursday night.

The assault occurred around 7:15 p.m. in the Weddington Chase subdivision.  According to the Union County Sheriff’s Office, the suspect ran up behind the victim and stabbed him in the upper back near his armpit before running away.

The victim ran to a nearby home for help. He was hospitalized at CMC-Main, where he is in stable condition but expected to recover.

Deputies and the Waxhaw Police searched the area on foot, with K-9s but could not locate the suspect.

The suspect is described as a white male in his late teens with blonde hair, a white t-shirt, shorts, running shoes and no socks.  He was seen near the pond and around the community earlier in the afternoon.

Authorities are asking anyone who might have surveillance camera footage of the possible suspect between the hours of 4 p.m. and 7:30 p.m to call 911 or the Union County Sheriff’s Office.