COLUMBIA, S.C. — A Republican former South Carolina congressman is part of a lawsuit filed Tuesday over the state party’s decision to cancel its GOP primary ahead of the 2020 election, a move taken by several states in erecting hurdles for the longshot candidates challenging President Donald Trump.

Former U.S. Rep. Bob Inglis said in the lawsuit that the party’s decision not to hold a presidential primary deprives him and other Republicans “of the ability to vote for the candidate of their choice in South Carolina’s famous (and particularly influential) ‘First in the South’ primary.” 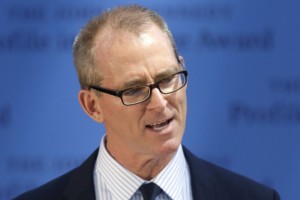 South Carolina is among at least four states that have canceled Republican primaries and caucuses next year, an effort that helps smooth Trump’s path to reelection. The move, taken last month in South Carolina by the state party’s executive committee, is not unusual for the party of the White House incumbent seeking a second term. Doing so allows Trump to try to consolidate his support as Democrats work to winnow their large field of candidates.

The suit was filed in state court in Columbia on Inglis’ behalf by The Protect Democracy Project, which calls itself a “nonpartisan nonprofit organization dedicated to preventing American democracy from declining into a more authoritarian form of government.”

In a statement issued by the group, Inglis — who served six terms in the U.S. House and lost a GOP primary to Rep. Trey Gowdy in 2010 — said he was taking part in the suit “because the cancellation of the primary by a small handful of party insiders denied me — and every other South Carolina Republican — our voice in defining what the Republican Party is and who it supports.”

“We support and appreciate the filing of this lawsuit. Especially with Donald Trump’s increasingly precarious position, Republicans everywhere deserve a choice as to their candidate in next year’s election. South Carolina is no exception,” Weld told The Associated Press on Tuesday. “It should never be the case that a handful of party leaders can arbitrarily silence voters and predetermine the outcome of a nominating process.”

On Tuesday, Sanford tweeted that news of the lawsuit “would make our Founding Fathers proud!” He later told the AP that it is frustrating not to be able to compete in his home state and said the political process is “made better and stronger by a contrast, comparison and evaluation and debate.”

The lawsuit was first reported by The Post and Courier of Charleston.

Primary challenges to incumbents are rarely successful, and Trump’s poll numbers among Republican voters have proved resilient. Nonetheless, Trump aides are looking to prevent a repeat of the convention discord that highlighted the electoral weaknesses of Presidents George H.W. Bush and Jimmy Carter in their failed reelection campaigns.

Since last year, Trump’s campaign has worked to monitor — and at times control — the process by which delegates to next year’s Republican National Convention in Charlotte, North Carolina, are selected. His campaign wants the convention to be a four-night “infomercial” for Trump by sidelining the president’s detractors within the party.

The effort is an acknowledgment that Trump hasn’t cemented his grip on the GOP and might not coast to the nomination without some opposition. To that end, the campaign has worked over the past year to scuttle any attempts at a Trump challenge by party dissidents, mindful that a serious primary opponent could weaken Trump heading into the general election.

In January, the Republican National Committee voted to express its “undivided support” for Trump and his “effective presidency.”

In years past, both Republicans and Democrats have cut state nominating contests when an incumbent president from their party ran for a second term. In 1984, South Carolina GOP leaders opted to call off their primary as President Ronald Reagan sought a second term. In 2004, the GOP again canceled the state’s primary with leaders deciding instead to endorse President George W. Bush’s reelection bid.

The South Carolina Democratic Party didn’t hold presidential primaries in 1996 or in 2012, when Presidents Bill Clinton and Barack Obama were their incumbents.