CHARLOTTE, NC — A teen has been charged with robbing two separate east Charlotte residents at the same apartment complex in September. 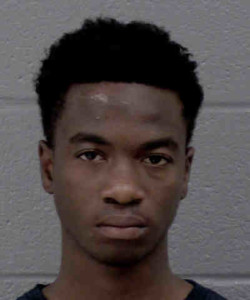 Keyschonn Figgs was arrested Wednesday and charged with two counts of robbery with a dangerous weapon and one count of second degree kidnapping.

According to police, on September 22nd, Figgs attempted to rob a man at gunpoint around 11:05pm at an apartment complex on English Hills Drive in east Charlotte. When the victim told Figgs he didn’t have any money, police say Figgs ordered the victim to drive him to the nearest ATM and withdraw funds.

The victim did as Figgs demanded and was not injured during the crime. Figgs reportedly escaped on foot.

On September 23rd, police say Figgs robbed another victim around 9:37pm at the same English Hills address. Again, police say Figgs pointed a gun while demanding property, which he obtained, and took off on foot. No injuries were reported.

In both crimes, CMPD says the victims were Hispanic and were approached by Figgs from behind while walking to their apartments.