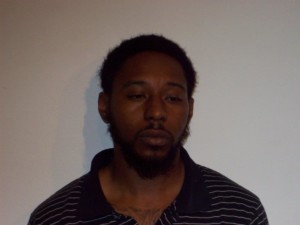 Police were called around 4:30pm when a relative reported four children had been left at home alone by their father, 25-year-old Lamont Robinson. Arriving officers say they found four children, ages five, three, two and one, inside the home without adult supervision.

Officers reported the incident to the Department of Social Services, and placed Robinson under arrest when he returned home.

He is charged with four counts of Unlawful Neglect of a Child, as well as drug related offenses.