The CMPD has charged 24-year-old Nico Benn for his role in the murders of 33-year-old Gerardo Arellano-Sanchez and 31-year-old Miguel Angel Molina Cruz, on July 14th, 2019. 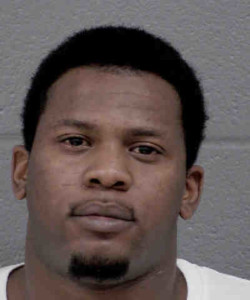 Benn is charged with two counts of murder, assault with a deadly weapon with the intent to kill inflicting serious injury, and possession of a firearm by a convicted felon.

Authorities say the case is still under investigation and more information will be released as it develops.

Anyone with information about this incident is asked to call 704-432-TIPS and speak directly to a Homicide Unit Detective.  Detective Echols is the lead detective assigned to the case.  The public can also call Crime Stoppers at 704-334-1600.

The two men killed in a shooting at an east Charlotte apartment complex have identified as 33-year-old Gerardo Arellano-Sanchez and 31-year-old Miguel Angel Molina Cruz.

Authorities have not provided any suspect information but say the case is still under investigation.

Around 12:43am, officers say they located three males with gunshot wounds outside of an apartment building on Electra Lane.

Two victims were pronounced deceased on scene and one was transported to Atrium Health Carolina’s Medical Center with serious injuries.

The deceased victim’s identities will be released pending family notification.

Detectives with the Homicide Unit responded to the scene and are currently canvassing the area to determine whether there are any additional witnesses to this incident.

Anyone with information about this incident is asked to call 704-432-TIPS or Crime Stoppers at 704-334-1600 or visit the Crime Stoppers website at http://charlottecrimestoppers.com/.