LINCOLNTON, NC — Police are trying to identify a man they say stole several cell phones from a store Monday afternoon.

The crime happened around 4:30pm at the Sea Wireless on Riverside Drive.

Police say the suspect was looking at several cell phones when he received a call on his phone and stepped outside. After coming back in and asking to look at the phones once more, authorities say he grabbed them off the counter and took off. 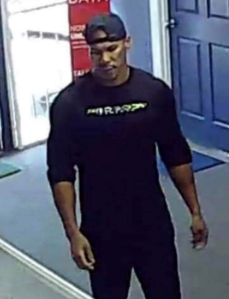 The suspect is described as a light skinned black male, roughly six feet tall and a stocky build. He was last seen going west from the business and then towards Childs Street.