LINCOLNTON, NC — Lincoln County deputies say one man is in jail and another is recovering after an altercation escalated following a fight between their pets. 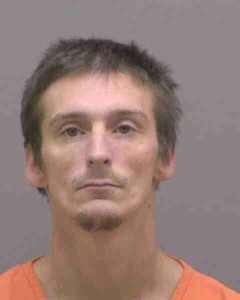 Cody Clark, 27, is charged with assault with a deadly weapon with the intent to kill and inflicting serious injury.

Deputies were called Monday after a fight reportedly broke out between Clark and a neighbor, Timothy Ramsey, 42 on Grandview Lane. Authorities say one of the men tried to break up a fight between their dogs with a stick.

Investigators say Clark hit Ramsey in the head with a machete, and Ramsey took off.

Ramsey was later located on Lithia Inn Road with a laceration on his head, deputies say, and transported to Atrium Health – Lincoln for treatment.

Clark was arrested and charged as a result.

#Trending: The Weeks Most Popular Stories