Text “FORKY” to 31403 by 8 PM Thursday, October 10th, for your chance to win a digital copy of “Toy Story 4”! Five winners will each receive a copy of the movie, redeemable online via Movies Anywhere. “Toy Story 4” is available on Digital and Blu-ray™ now!

This summer, Disney and Pixar’s “Toy Story 4” took audiences on a hilarious and heartwarming road trip with Woody, Buzz Lightyear and the whole gang, earning a 98 percent critics rating on Rotten Tomatoes and more than $1 billion at the global box office. Packed with old friends and new faces, the fourth film in the beloved Toy Story series, which leads Woody to an unexpected fork in the road, arrives home on Digital in 4K Ultra HD™, HD, and Movies Anywhere Oct. 1, and on 4K Ultra HD™, Blu-ray,™ DVD Oct. 8.

Fans who bring home “Toy Story 4” will be treated to over an hour of bonus features celebrating the film’s iconic characters, Pixar’s filmmaking team and the legacy of “Toy Story,” which began as the world’s first fully computer-animated feature film released nearly 25 years ago. Extensive extras includes deleted scenes such as an alternate ending, an all-new featurette with an endearing look back on Woody and Buzz’s legendary friendship throughout the years; entertaining studio stories shared by members of the Pixar team; a nostalgic look back at the creation and first storyboard screening of “Toy Story” with filmmakers; and the pioneering efforts of Pixar artists who created the sets, characters, look and feel of the original film and much more. 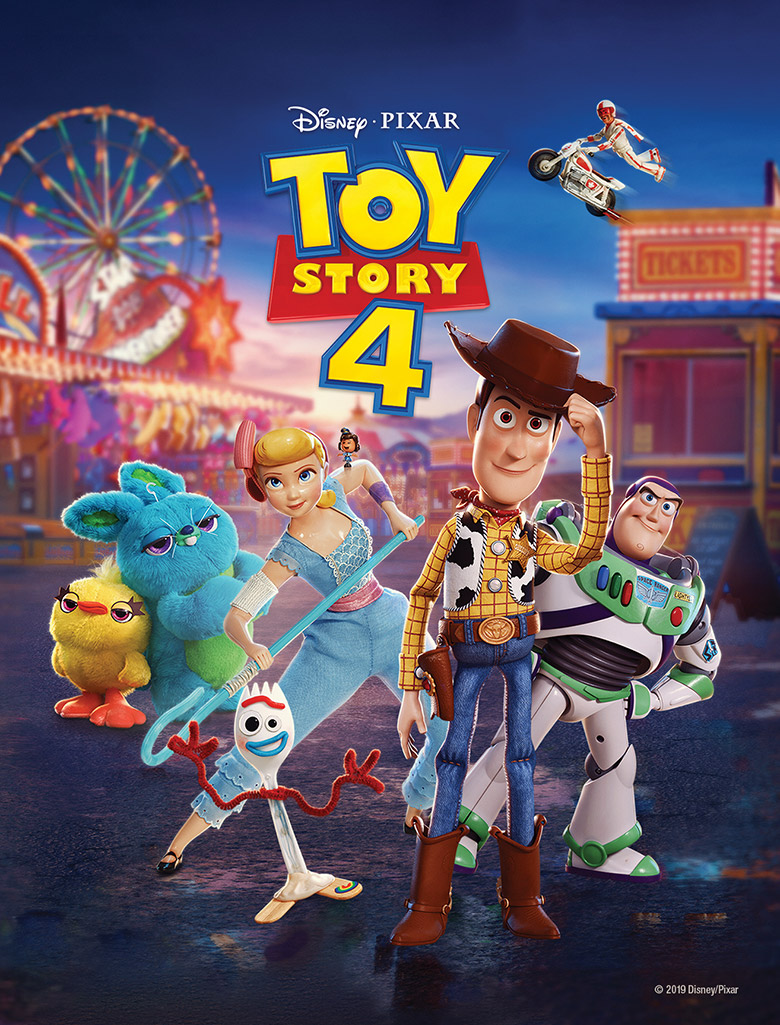 HOW TO WIN: No purchase necessary. Viewers must text the word “FORKY” to 31403 by 8 PM Thursday, October 10th, 2019. Winners will be randomly selected at 8 PM and sent a confirmation text detailing how to claim the prize. Digital movie must be redeemed using a unique code on Movies Anywhere website or app. No prizes will be mailed.

Deadline for entries is 8 PM Thursday, October 10th, 2019.
One entry per person; any duplicate entries will be disqualified. One winner per household.
Users can opt-out of the WCCB Text Club by texting STOP to 31403 at any time.

ELIGIBILITY: No purchase necessary. To win, you must be 18 years or older and a legal resident of North or South Carolina. No employee of Walt Disney Studios Home Entertainment and their affiliated artists and promoters (“Sponsor”) or WCCB-TV (“Station”), their affiliated companies, his or her spouse, or immediate family members and/or those living in the same household of each shall be eligible to win. Immediate family members include, but are not necessarily limited to, parents, brothers, sisters, nieces, nephews, aunts, uncles, cousins, and grandparents. Employees, or relatives of employees, of any television or radio station in the Charlotte Nielsen DMA or Charlotte Arbitron ADI are not eligible to win. Additionally, Station reserves the right to disqualify any other person from participation in the Contest where such participation would, in the sole opinion of Station, compromise or give the appearance of compromising the integrity of the Contest. No person shall be eligible to win any contest conducted by the Station more than one time in any sixty-day period.

6) Winners will be notified by text no later than 10 PM on Thursday, October 10th, 2019, with instructions on how to claim the prize. Winners must claim the prize by 5 PM on Friday, November 8th, 2019, or the prize will be forfeited. No prizes will be mailed. Please don’t come to the station unless instructed to do so.