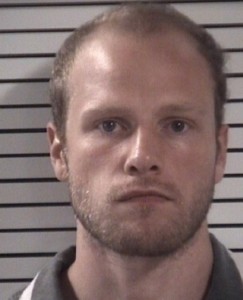 Joseph Johnson, of Burlington, is charged with Felony Indecent Liberties with a Minor.

Investigators say a report was filed with the Iredell County Sheriff’s Office on October 4th. The report claims the assault took place while Johnson was in Iredell County visiting relatives, sometime between July 31st and August 3rd, and involved a 7-year-old victim.

A felony arrest warrant was issued on Johnson after authorities spoke with witnesses and gathered “items of evidence.”

Officers with the Burlington Police Department located and arrested Johnson on Sunday. He was taken to the Alamance County Detention Center and given a $30,000 bond by the Magistrate.

Officials say this is an ongoing investigation and additional charges could be filed.