SATESVILLE, NC — Mr. Wayne Anthony Williams has been charged in connection to an armed robbery at the State Employees Credit Union on July 8th. 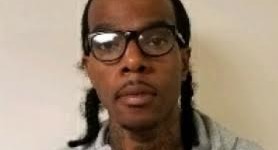 Police say Williams was recently released from prison for First Degree Murder, which occurred during the commission of a robbery in 2005, and is currently on probation.