Chester County Detention Officer Accused Of Having Sex With Inmate

CHESTER COUNTY, SC — An officer at the Chester County Detention Center is facing charges after authorities say he had sexual relations with an inmate. 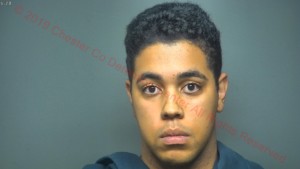 Justin Bates, 23, is charged with two counts of Sex/First-Degree Sexual Misconduct with Inmate of Correctional Facility.

Officials say Bates was arrested Monday in connection to the incidents. SLED is investigating at the request of the Chester County Sheriff’s Office.