CHARLOTTE, NC — The Charlotte-Mecklenburg Police Department released the third quarter crime statistics report on Wednesday, which showed a 5.3% increase in overall crime compared to 2018 and an 11.3% increase in violent crimes.

According to the report, Charlotte’s homicide rate has increased 92.9% compared to the same time period last year. 81 homicides have been reported as of September 30, 2019, compared to only 42 in 2018.

Another area of concern has been the number of guns stolen from vehicles in the recent months. Crime stats show those cases have risen 18% with 565 guns having been taken from vehicles so far this year.

Other crime increases so far in 2019 include rapes, aggravated assaults, and larcenies.

Some areas have seen a decrease however. CMPD says residential burglaries are down 4.6%, arsons are down 11.7% and vehicle thefts are down 2.3%.

CMPD says a new Violent Crime Initiative launched in mid-August has proven to be effective in a relatively short period of time. Since its implementation, the department says 31 arrests have been made, along with 16 illegal guns and 10 stolen guns being recovered by authorities.

The report also shows improvements in other areas across the Charlotte-Mecklenburg Police Department itself.

Officer-involved shootings are down from four in 2018 to three in 2019, officer complaints are down 18%, pro-active engagements are up 6%, and priority-one response times have improved despite a shortage in personnel. 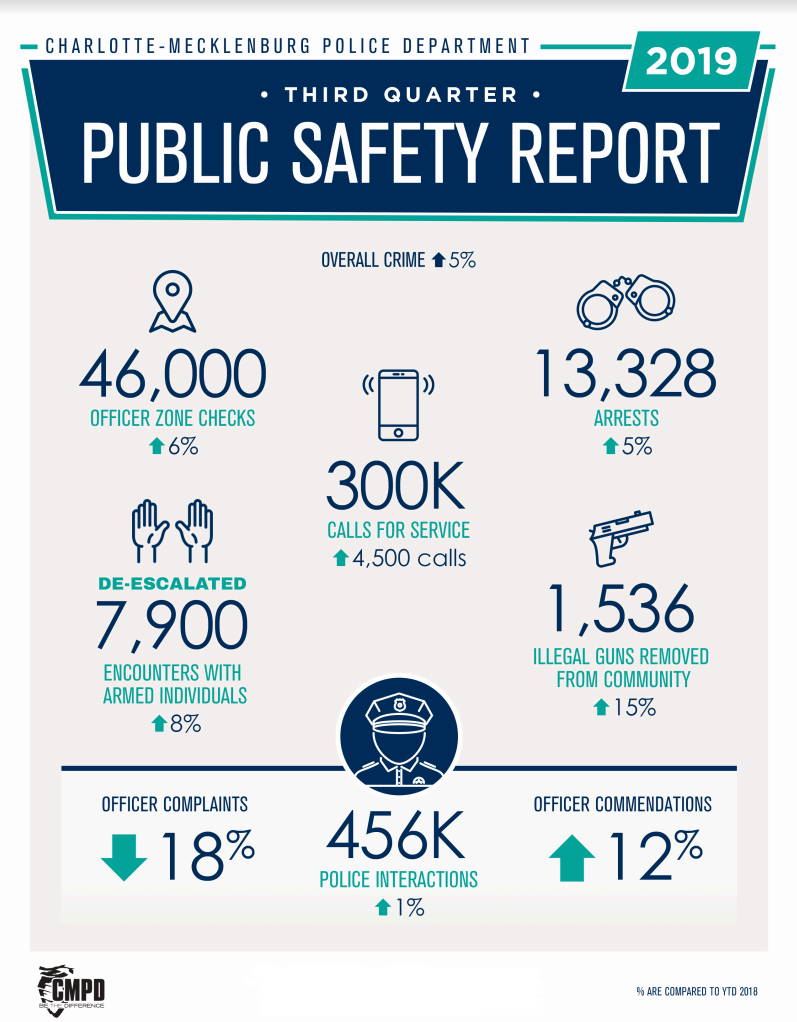