LANCASTER, SC — The Lancaster County Sheriff’s Office is looking for a man wanted in connection to a deadly shooting Wednesday evening. 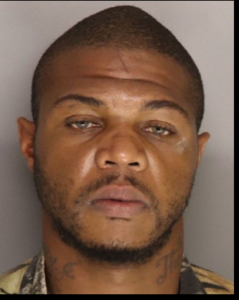 Deputies say Raykeivis Demont Nesbit, 31, should be considered armed and dangerous. He is described as a black male, around 6 feet 2 inches tall, and weighing 240 pounds. Deputies say his last known address was on Shiloh Unity Road.

Around 7:20pm, authorities say two deputies were responding to an unrelated call on Lymon Reece Road with they heard gunshots in the nearby Brooklyn area. The victim, 33-year-old Domingo Champion, was located in the street with gunshot wounds and transported to the Medical University of South Carolina – Lancaster for treatment.

Champion was then airlifted to CMC but died a short time later from injuries.

Deputies say Nesbit was quickly identified as the suspect but could not be located.

Warrants have been issued charging him with Murder and Possession of a Firearm during the Commission of a Violent Crime. Investigators say they believe Nesbit acted alone and are not looking for any additional suspects at this time.