INDIAN TRAIL, NC — A mother in Union County has been charged with the murder of her newborn son over the weekend. The baby died Sunday morning after Khrystina Rice, 27, reportedly gave birth in her upstairs bedroom and tried to hide the infant in a closet. 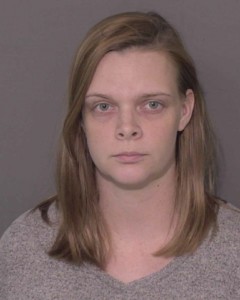 Authorities say Rice’s husband found her “bleeding extensively” in their master bedroom around 6:50am and called 911.

He had reportedly been sleeping downstairs when he heard the sound of someone falling and went to check on his wife. Deputies say the husband was also unaware that Rice was pregnant.

While trying to determine the cause of bleeding, officials say first responders found blood leading to the bedroom’s closet. The roughly seven pound infant was found tightly wrapped inside a blanket, officials say, which had then placed inside a trash bag.

Paramedics were able to get a faint pulse after performing CPR on the child, but say he died several hours later after being transported to Novant Matthews.

Detectives say the child appears to have been born healthy, but died as the result of asphyxiation. Additional injuries were also reportedly found, including fractures to the skull and ribs.

She is charged with First-Degree Murder and Felony Child Abuse.

The couple has one other child together, a 4-year-old son. Rice also has an 8-year-old daughter from a prior relationship.