The Cabarrus County Sheriff’s Office arrested 16-year-old Masyn Bradley for his involvement in the death of Hunter Howell on Friday, October 18th.

Bradley is charged with concealment of death, obstruction of justice, possession of drug paraphernalia, and simple possession of marijuana. 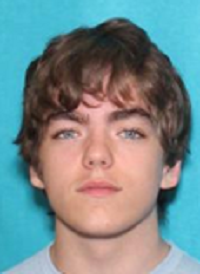 Detectives are still investigating Howell’s death and officials say it is an isolated incident and there is no threat to the community.

More information will be released as it develops.

CONCORD, N.C. — Detectives with the Cabarrus County Sheriff’s Office are investigating the death of a 19-year-old who was found dead in Rockwell Friday evening.

Officials say the body of Hunter Howell was found in a vehicle on the side of Lower Stone Church Road in Rockwell just after 5:30pm on October 18th.

Detectives say they believe this is an isolated incident and they don’t believe there is a threat to the community.  However, no other details have been released at this time.  No arrests have been made.