CONCORD, N.C. — A woman is facing a murder charge after police say she hit four construction workers, killing one, with her vehicle at Concord Mills last Saturday.

The Concord Police Department has charged Danyel Middleton with Second Degree Murder for her involvement in a crash that killed 50-year-old Socorro Martinez. 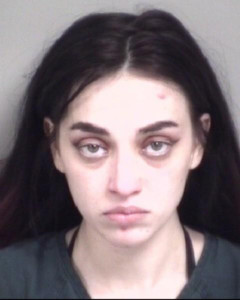 According to Concord Police Department, on October 19th, 2019 at a about 1:45 a.m., Danyel Middleton was impaired while driving a 2013 Dodge Dart, when she crashed into four road construction crewmen with Cruz Brothers Concrete who were working near Entry A at the Concord Mills Mall in Concord, North Carolina.

Police say the area where the road improvement was taking place was appropriately marked and adequately lighting was in place to designate the work zone.

As a result of the wreck, Martinez was pronounced dead at the scene.  Victor Ceyon, Marco Cruz, and Victorio Cruz, were also injured in the accident.

In addition to Second Degree Murder, Middleton is charged with Death by Motor Vehicle and Felony Serious Injury by Motor Vehicle.  She is being held without bond at the Cabarrus Coutny Jail with a first appearance scheduled for October 25th, 2019 in Cabarrus County District Court.