CONCORD, NC — The Concord Police Department has charged a driver they say was impaired when he crossed into oncoming traffic Saturday, causing an accident that left several people seriously injured. 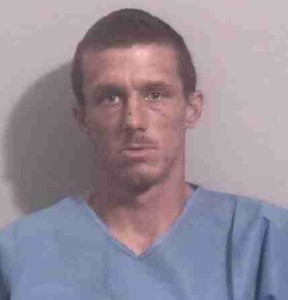 Andrew Matthews, 30, is charged with DWI, four counts of Felony Serious Injury by Vehicle, and Possession of a Schedule I Controlled Substance (Heroin).

Police say Matthews initially crossed the center line and struck a 1999 Jeep, corrected his vehicle, and again crossed into oncoming traffic striking a 2013 Nissan head on.

A family of five were traveling inside the Nissan. All of them suffered severe injuries, including one that was airlifted to a local trauma center for treatment.

The Jeep’s occupants were not transported at the scene, officials say, but did seek medical treatment at a later time.

Matthews was also seriously injured in the accident and transported to the hospital for treatment.

He has since been released and taken into custody. He is currently being held under a $150,000 bond.