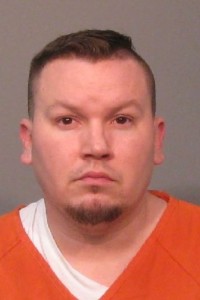 Nathan George, 33, is charged with two counts of 3rd Degree Criminal Sexual Conduct with a Minor.

Police say George is accused of having inappropriate physical contact with two female victims, ages 11 and 13, between May and December of 2018.

George was denied bond, officials say, and is currently being held at the York County Detention Center.