CHERAW, S.C. — The Cheraw Police Department has arrested a suspect after a woman was attacked while jogging in September.

Authorities say a 42-year-old woman was assaulted near the intersection of Jersey Street and West Green Street at about 6:35 a.m. on September 7th, 2019.  Police say the victim fought with her attacker, escaped, and sought help from a passing motorist. 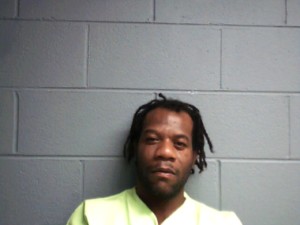 As a result of DNA evidence from the crime scene and the victim, detectives developed 32-year-old Eric Davis as a suspect.  He was subsequently arrested Davis on November 14th, 2019.