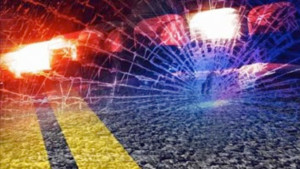 YORK COUNTY, S.C. — A Chester woman was killed in a car crash in York County.  It happened on Chester Highway near Bryson Park in McConnells Saturday evening.  21-year-old Tempest Sadha Davis Evans died at the scene.

Authorities say she was ejected from her car when she drove off the left side of the road, hit some signs, and then a ditch.  Investigators say she was not wearing a seatbelt.

The crash is under investigation by South Carolina Highway Patrol and the York County Coroner’s Office.  Officials say toxicology testing will be conducted and results could take several weeks.