ROCK HILL, S.C. — A man is wanted for attempted murder following a domestic incident at a Rock Hill apartment complex on Tuesday night.

Police have issued warrants for 25-year-old Dontrell Evans for Attempted Murder and for Possession of a Firearm or Knife During a Crime of Violence.

The assault happened just before 9:30 p.m. at an apartment complex on Kevin Lane near Main Street in Rock Hill.   Officers were responding to reports of a shooting when they were told the suspect was leaving in a white Ford and the victim was leaving in a grey Honda. 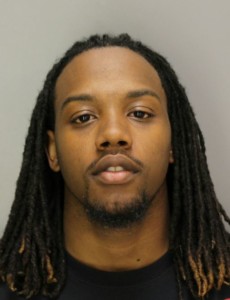 Arriving officers found drops of blood in the breezeway of the apartment complex that led up the stairs to the door of the apartment where the assault occurred. A witness again told police that the suspect and victim had left the scene.

The door of the apartment was still open and officers searched the residence to make sure no one was injured inside.  Officers noticed more blood inside the apartment’s living room and hair laying in the kitchen, but no one was inside.

Detectives located the 24-year-old victim at Piedmont Medical Center and she stated that her boyfriend took out a firearm while they were arguing.  Detectives noticed a visible injury on the victim’s head, which is where they think she was struck with the firearm.   Detectives say the impact of the strike caused the gun to discharge in the apartment.

Anyone with information regarding this incident should call the Rock Hill Police Department.