CHARLOTTE, N.C. — Devonte Graham made 10 3-pointers and scored 33 points, and the Charlotte Hornets spoiled D’Angelo Russell’s return to the court with a 106-91 victory over the Golden State Warriors on Wednesday night.

Graham was 10 of 16 from beyond the arc and also dished out nine assists and had seven rebounds for the Hornets (9-14), who stopped a two-game slide. 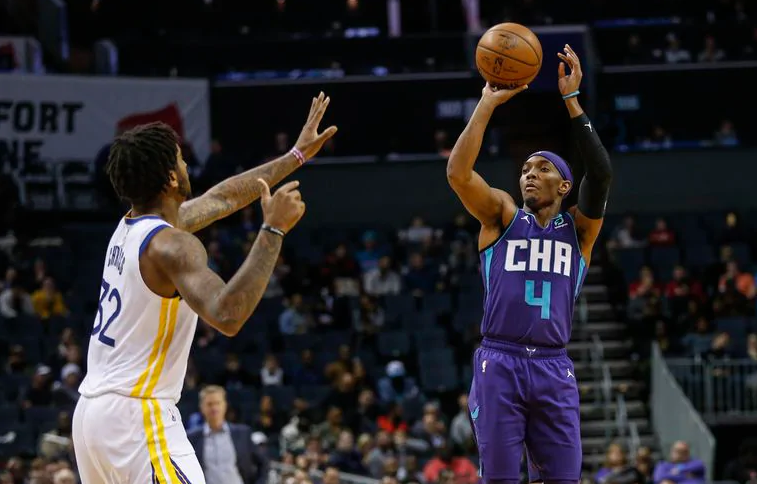 Russell finished with 18 points on 7-of-13 shooting in 25 minutes after missing the last nine games with a right thumb sprain.

Russell did most of his damage in the first half, scoring 15 points.

He started to heat up in the second quarter, scoring eight points on three straight possessions. He beat Graham with a quick drive from the wing and drew a foul for a three-point play, knocked down a 3 from the top of the key and then scored on another drive down the middle of the lane to help the Warriors claw back to within four at halftime.

The Warriors (4-19) have lost four straight on their current road trip.

Warriors: Eric Paschall entered the game as the first Warriors rookie to score in double figures 11 straight games since Klay Thompson. He finished with 16 points. … Draymond Green played one night after having his jersey retired at Michigan State.

Hornets: Swept the two-game season series. … Graham has made at least three 3-pointers in 15 games this season. … Dwayne Bacon made his first 3-pointer since Nov. 18.

Warriors: Wrap up a five-game road trip Friday night against the Bulls.

Hornets: Back home Friday night to host the Nets.