CHARLOTTE, N.C. — A man has been charged after police say he crashed a car he had stolen at gunpoint, with a baby inside, in east Charlotte on Thursday afternoon.

According to police, 29-year-old Maurice Rakestraw ran from a vehicle after detectives with the Shooting Into Occupied Dwellings Taskforce made a traffic stop in east Charlotte on Thursday afternoon. 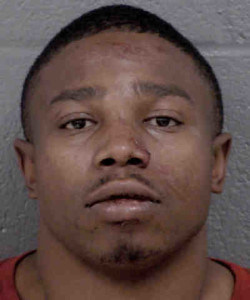 Police say Rakestraw then ran to an apartment complex and forced a woman out of her vehicle at gunpoint, with her one-year-old son still securely in the car.  Shortly thereafter, Rakestraw crashed the vehicle on Eastway Drive near Merry Oaks Academy.  Rakestraw tried to run toward the school, but he with the assistance of the Aviation Unit, officers located him in the wood behind the school and took him into custody without incident.

Witnesses who saw the car crash were able to safely remove the child from the vehicle.  Medic took the baby to the hospital with non-life-threatening injuries, where he was reunited with his mother.

Officers were able to recover the handgun Rakestraw used in the carjacking near where he ran after the crash.

Rakestraw has been charged with First Degree Kidnapping, three counts of Armed Robbery, Felony Hit-and-Run, Misdemeanor Hit-and-Run, Felony Flee to Elude, Larceny of Motor Vehicle, Firearm by Felon, Possession of a Stolen Firearm, Possession of a Firearm on Educational Property, and Resist/Obstruct/Delay.  He also had multiple outstanding warrants for other crimes.