Text “NIGHTMARE” to 31403 by 8 PM Tuesday, December 17th for your chance to win “Trick” on Blu-ray. Three winners will each get a copy of the movie. “Trick” is available on Blu-Ray™ & DVD from December 17th from RLJ Entertainment.

On Halloween night in 2015, Patrick “Trick” Weaver massacred his classmates at a costume party. After being arrested, he managed to escape police custody, but not before being shot five times by Detective Mike Denver (Epps). Everyone believes Trick must be dead, but when a masked killer reappears the following Halloween, and every Halloween after that, they realize the nightmare is not over. With Trick wreaking havoc and killing innocent people in increasingly terrifying ways, Denver will stop at nothing to finish what he started and bring the carnage to an end. 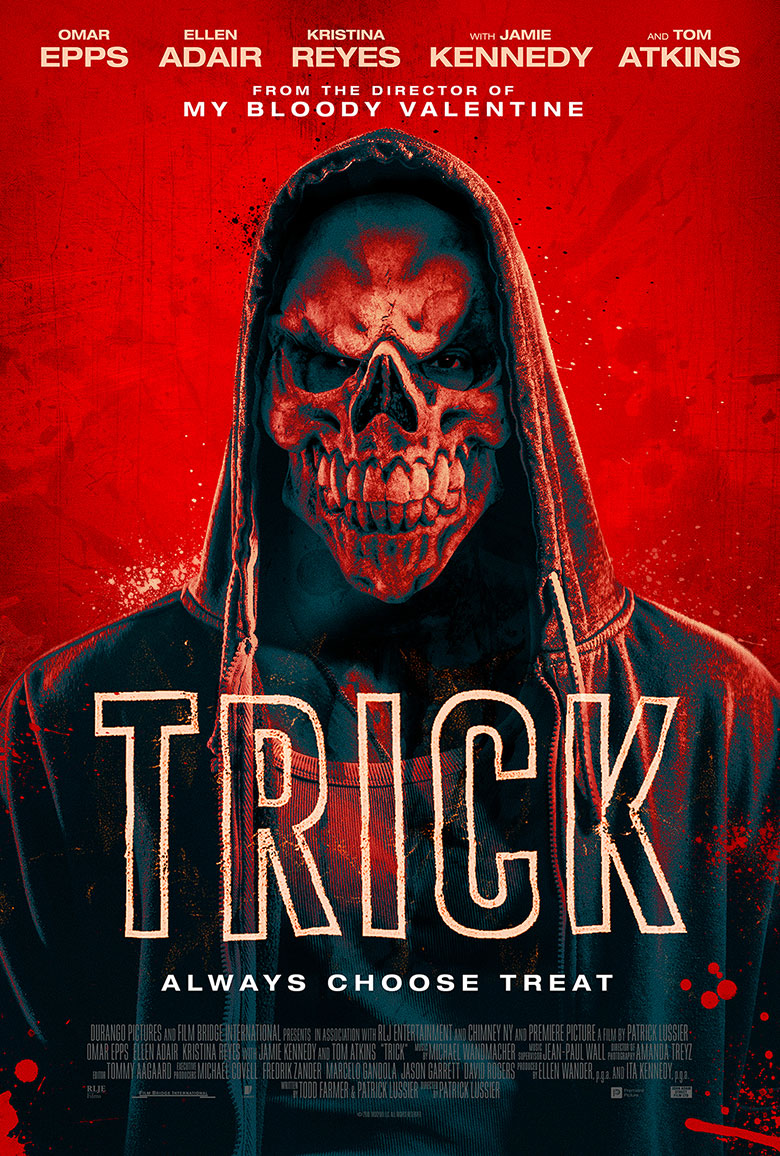 HOW TO WIN: No purchase necessary. Viewers must text the word “NIGHTMARE” to 31403 by 8 PM Tuesday, December 17th, 2019. Winners will be randomly selected at 8 PM and sent a confirmation text detailing how to claim the prize. No prizes will be mailed.

Deadline for entries is 8 PM Tuesday, December 17th, 2019.
One entry per person; any duplicate entries will be disqualified. One winner per household.
Entrants will be prompted to join the WCCB Text Club, if not already a member.
Users can opt-out of the WCCB Text Club by texting STOP to 31403 at any time.

ELIGIBILITY: No purchase necessary. To win, you must be 18 years or older and a legal resident of North or South Carolina. No employee of RLJ Entertainment and their affiliated artists and promoters (“Sponsor”) or WCCB-TV (“Station”), their affiliated companies, his or her spouse, or immediate family members and/or those living in the same household of each shall be eligible to win. Immediate family members include, but are not necessarily limited to, parents, brothers, sisters, nieces, nephews, aunts, uncles, cousins, and grandparents. Employees, or relatives of employees, of any television or radio station in the Charlotte Nielsen DMA or Charlotte Arbitron ADI are not eligible to win. Additionally, Station reserves the right to disqualify any other person from participation in the Contest where such participation would, in the sole opinion of Station, compromise or give the appearance of compromising the integrity of the Contest. No person shall be eligible to win any contest conducted by the Station more than one time in any sixty-day period.

6) Winners will be notified by text no later than 10 PM on Tuesday, December 17th, 2019 with instructions on how to claim the prize. Winners must claim the prize by 5 PM Friday, January 17th, 2020 or the prize will be forfeited. No prizes will be mailed. Please don’t come to the station unless instructed to do so.